skip to main | skip to sidebar

My Garden - a long overdue update 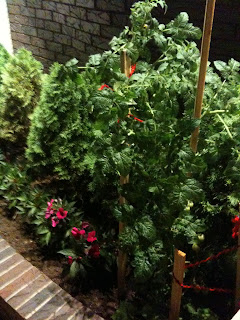 After I posted a picture of plant cemetery, I actually took care of my little patch of soil which I proudly call my garden. Here are some long overdue pictures. 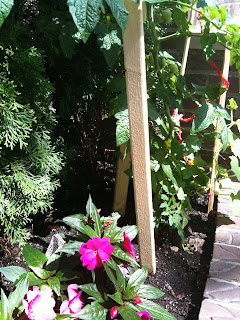 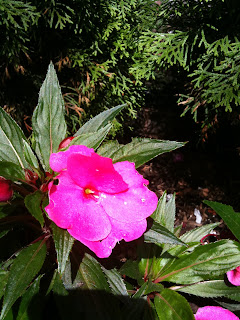 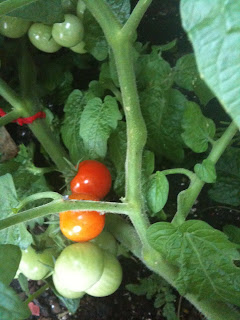 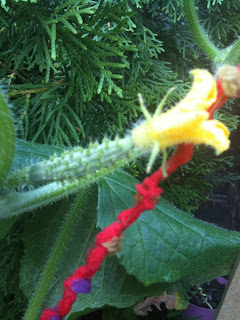 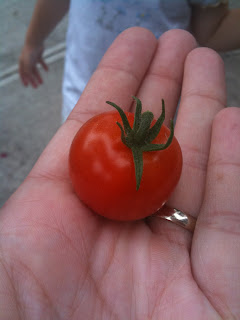 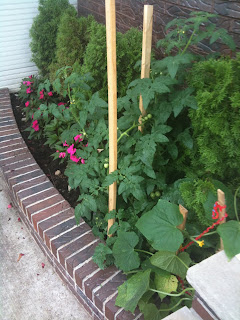 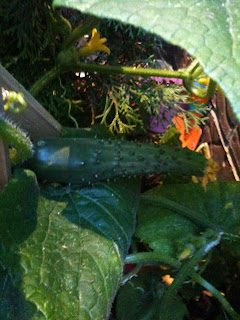 Email ThisBlogThis!Share to TwitterShare to FacebookShare to Pinterest
Labels: life

Today is my off-the-boat anniversary. And though I always know it in my heart ( and put it on my work calendar for an official celebration), I wasn't at work to see it on the calendar so I wasn't the first one to congratulate my family...

My mom and my sister don't need any reminders and my sister expressed my family's combined sentiment so well that I'll just quote her:

"Happy Anniversary to our family! Thank you, our beautiful country, for giving us your shelter, your citizenship, and the ability to live as free human beings! G-d bless you and keep you safe!"
Amen.
Posted by Sally Hazel at 11:52 PM No comments:

Email ThisBlogThis!Share to TwitterShare to FacebookShare to Pinterest
Labels: proud to be an American

Memorial Service in a Nursing Home

Today at work, there was a memorial service for all the residents who recently passed away. It was organized by the sister of Bobbie, one of the diseased, and a good chunk of the service focused on Bobbie.

Bobbie passed away suddenly and very much unexpectedly. One day she was walking around and the next day she came up on the census as an 'expiration in-house'. Her sister brought a few of Bobbie's childhood pictures -both of them together, Bobbie happily munching something sitting in a high-chair, Bobbie in her father's arms, Bobbie proudly standing next to her mother. The sister told a few anecdotes about Bobbie and then asked others to speak.

Some staff and relatives of other residents spoke. There were a few times when I wanted to say a few words but in the end I stopped myself. What would I say? That Bobbie had an incredible memory and remembered me and my name after not seeing me for 2 years? That Bobbie wanted to be popular and pretty so she frequently said 'I hate you because you hate me!' and wore bright lipstick smudged in the general location of her lips? Or that Bobbie very much wanted to have a baby and/or be skinny (she was) at the same time and would often inform people that she was pregnant or on a diet? Or that Bobbie missed her sister (apparently estranged) and wanted to leave the nursing home saying almost every day "I'm leaving today. My sister is coming to pick me up!" Or that I found this memorial service to be a too-little-too-late-compensation of Bobbie's sister for a relationship that went sour for whatever reason. But all that would be just me passing judgement , not me giving tribute to Bobbie - unnecessary and somewhat out of place.

Instead, I listened to Bobbie's neighbors' memories of her...
One said succinctly: " I remember Bobbie. She wanted to marry me." It was his wishful thinking but a memory of Bobbie he firmly made up in his head.
A female resident said that she remembered that Bobbie used to have a very pretty bracelet.
And a resident who was really close to Bobbie came up and started telling a bizarre monologue in a flat sing-song:
This is how the story goes... Bobbie and I met in school when I was 4 and she was 3...We became great friends...And I miss her very much...

And he just walked away. But his strange sing-song was a true tribute to Bobbie and the last 3 speeches expressed how most of us felt - we missed Bobbie.
Posted by Sally Hazel at 12:30 AM 4 comments:

Today was SiM's official first day in play group. He was both enthusiastic and hesitant - happily packing his knapsack and saying that he is not going to school. Eh even told him a few times that he likes school, that he is going to play with lots of toys and he already knows his morah (teacher) [he met her last year when he 'walked' Eh to school every day].

Finally, Eh declared that she'll take SiM to school together with me. SiM happily put his mitzva note into his pocket, demanded to have his knapsack placed on his back, and off to play group we went.

SiM was the first one to arrive ( if you don't count teacher's grandson who was visiting for a day). He was just a tad hesitant entering into the play group's yard. However, he eagerly produced his mitzva note from his pocket and gave it to the teacher and was heading towards some toys in the back. Then Eh said that she's going to stay and play with him ' a little bit' and SiM went to sit down at a little table and play play dough with Eh and teacher's grandson ( thankfully, since it was quite empty, the teacher allowed Eh to stay for a few minutes).

When I came home from work and asked SiM how his first day in school was, he proudly informed me that he didn't cry. When asked if he enjoyed playing with toys and meeting new kids he said he did. SiM also confirmed that he is going to go to school tomorrow. And for the grand finale, he showed me a shofar drawing that he colored and decorated with confetti in school.

I felt relieved, content, and proud. Tomorrow is Eh's orientation and I hope and pray she'll continue to enjoy school like she did until now. And she'll come home from her first day of school with lots of positive things to say.
Posted by Sally Hazel at 10:51 PM 2 comments:

My take on motherhood

In memory of Rabbi Gavriel and Rivka Holtzberg, Hy'd

Sally Hazel
New York, United States
I'm a working mom. I long to be home with the kids when I'm at work, but when I come home I often wonder how do stay at home moms do it?